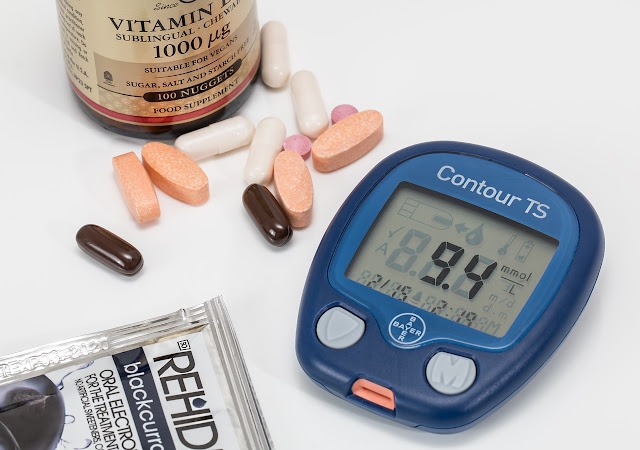 We continue the series of materials on the rules of life with diabetes, beginning in previous issues of Drug Review.

On November 14, World Diabetes Day was celebrated around the world. Health Organization (WHO) in response to growing concerns about the magnitude of the threat posed by diabetes.

The goal of World Diabetes Day is to increase awareness of diabetes – not only about the number of people with diabetes, but also about how to prevent them development of this disease in many cases.

We continue the series of materials on the rules of life with diabetes, beginning in previous issues of Drug Review. Today we will discuss one of the most important aspects of the treatment of “sweet disease” – the proper control of blood glucose levels.

The ability to keep the disease under control and monitor the quality of treatment in patients with diabetes on a daily basis appeared in the early 1970s. The first blood glucose meters (devices for measuring blood glucose) were cumbersome and inconvenient to use, but made it possible, without leaving home, to track their condition.

After all well-being, even with serious deviations of blood glucose levels in people with diabetes, can be completely normal. And this is the main cunning of the disease.
An a person may feel well and be unaware that he is two steps away from hypoglycemia (a life-threatening condition characterized by a decrease in plasma glucose below 3.9 mmol / l, which can lead to hypoglycemic coma with loss of consciousness).

And in this sense, the emergence in the 80s of the last century, portable blood glucose meters, measuring for a few seconds, experts compare in importance with the discovery of insulin. Thanks to blood glucose meters, people with diabetes have the opportunity not only to control their condition but also to change the dose of the drugs taken when the normal indicators change.

In our country, the first portable blood glucose meters began to be widely used in the early 90s. And since then they are a constant companion of the vast majority of people with diabetes.

Previously, our patients had to come to the laboratory once a month and have a fasting blood test and daily urinalysis, says Alexander Mayorov. – If the test results were good, it was considered that the patient would safely live a whole month on such indicators, which, of course, was an illusion. After all, with diabetes, the situation is constantly changing. Depending on nutrition, physical and emotional stress, etc.

Modern blood glucose meters store results in their memory in accordance with the date and time of measurement. Without constant monitoring of blood glucose (sometimes in the middle of the night), our patients can not do. The main thing is to do it right.
Who, how, when?

In people with type 1 diabetes, blood glucose level is monitored at least 4 times a day (before each meal and at night). Additionally, you can see blood glucose in the middle of the night, after taking an unusual meal, strong physical exertion and (periodically) 2 hours after eating.

In case of diabetes mellitus type 2, the measurement frequency may vary. If a person receives insulin in the mode of repeated injections, he should control the level of blood glucose in the same way as people with type 1 diabetes mellitus – at least 4 times a day. If he is on pills and / or only on one injection of long-acting insulin, one measurement per day at a different time of day is sufficient. And, finally, if the patient receives the so-called mixed insulin (short and long-acting in one bottle), he should conduct self-monitoring of the blood glucose level at least 2 times a day at different times.

Plus, patients with type 2 diabetes who take glucose-lowering tablets, one day a week should arrange a so-called profile self-monitoring of blood glucose, which is at least 4 measurements per day.

The goals for blood glucose, which should be sought during self-monitoring, are individual and should be discussed with your doctor.


In addition to self-monitoring of glucose, in some cases, people with diabetes may need to measure the level of so-called ketone bodies, which are formed in large quantities during decompensation of the disease and a large lack of insulin in the body.

Some manufacturers of blood glucose meters went further and began to produce devices that, in addition to blood glucose, can also determine cholesterol and other blood lipids, which are often elevated in many

Only a few, alas, can afford to afford such a level of self-control. Despite the standards laid down in the latest recommendations of the Ministry of Health of the Russian Federation, implying free provision of test strips (consumables) to blood glucose meters for people with type 1 diabetes (1460 measurements per year) and type 2

Due to problems with financing in the regions, these recommendations are not fully implemented, and in some, they are not implemented at all. And this is a matter of constant concern for both the doctors themselves and their patients, whose daily self-monitoring of glucose should be an integral part of the treatment of diabetes.

impaired fasting glucose or impaired glucose tolerance in the past;
gestational diabetes mellitus (which occurs during pregnancy) or the birth of a large child (more than 4 kg);

arterial hypertension (pressure more than 140/90 mm Hg. Art. or its drug treatment);
polycystic ovary syndrome (in women);
high density cholesterol (“good”) in the blood is less than 0.9 mmol / l and / or the level of triglycerides more than 2.82 mmol / l;
the presence of cardiovascular diseases.

If you have overweight or obesity and one additional risk factor listed above, you should be examined at any age. Persons without these risk factors should be screened for diabetes from the age of 45 years. If the result is normal, it must be done every three years. If pre-diabetes is detected, repeated examinations (including a glucose load test) are performed annually.